We take pride in our people just as we do our food. We are happy to serve you the highest quality food made with freshest ingredients possible, with a smile on our faces.

Roberto's Taco Shop was the first, and continues to be the best. San Diego's first walk up and drive-thru taco shop has set the standard for fresh, authentic and inexpensive Mexican food. A passion for good ingredients, friendly service and a welcoming environment is what made Roberto's a pioneer of classic Mexican food over 50 years ago, and it is what keeps the famous taco shops thriving today. 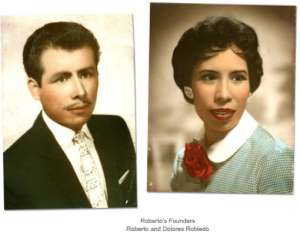 Roberto and his wife, Dolores Robledo, began their career in the food industry providing tortillas to stores and restaurants when they successfully opened their own tortilla factory in San Ysidro, CA in the summer of 1964.

Soon after opening the tortilla factory they went on to expand the venture and open a traditional style taco shop. In 1964, Roberto Robledo began operating San Diego's first taco shop.

Roberto's, now an institution in fresh, authentic, Mexican food, has kept a promise to the family that their commitment to quality, service and family recipes would never be compromised. This same dedication to quality made Roberto Robledo stay true to his original concept: fresh, authentic, simple food at modest prices and portions.

From our family to yours, welcome to Roberto's Taco Shop!

Roberto's Taco Shop is a proud member of the Las Vegas Metropolitan Chamber of Commerce! 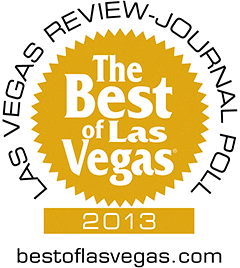